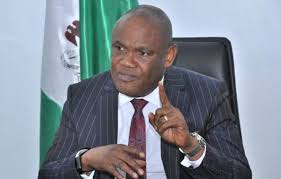 Former Akwa Ibom state Commissioner for Works, Akparawa Ephriam Inyangeyen has stated that the upper chamber of the National Assembly is not a place for retirement benefits, but to attract dividends of democracy to the people.

Inyangeyen who is eyeing a Senate seat to represent Akwa Ibom South Senatorial District, said he has the capacity and competence to represent the district effectively if given the mandate come 2023.

“At this point in my life, I no longer want anything for myself. God has blessed me. I have finished training my children. They are adults. The reason I want to go to the Senate is not for personal gains, not for my children, but for out children and our Senatorial District”, he said.

“Gone are those days we used to use the Senate position as a retirement benefit to settle or compensate people and when they get there , they do not contribute anything or make an impact. Come 2023, we must send someone to the Senate who is very competent , capable, qualified ,a go-getter , a voice, a good communicator and someone who understands very well the urges of the people”, he added.

“Among the aspirants contesting for the Senate, I am the only person who the right spirit to represent Eket Senatorial District and attract to the people dividends of good representation from the senate. As a government appointee, I did it for the people. If elected as a Senator, I will do even more”, stated Inyangeyen.

Nigeria’s 2023 Outlook and the looming danger

Enter the New Year 2022 with Optimism and a Positive Disposition