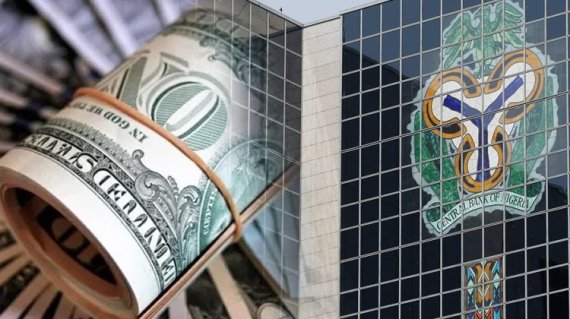 The Central Bank of Nigeria, CBN, says the release of $265 million to Foreign Airlines to settle outstanding ticket sales  became necessary to avert the looming crisis in the Aviation Industry.

The apex bank’s Director, Corporate communications department, Osita Nwanisobi, confirmed the release of the funds in a statement on Friday.

Nwanisobi said CBN Governor, Godwin Emefiele, and his team were concerned about the development and what it portends for the sector and travelers as well as the country among the comity of nations.

Nwanisobi reinterated that the bank was not against any company repatriating its funds from the country, adding that what the Bank stands for was an orderly exit for those that might be interested in doing so.

In a related development, stakeholders in the Aviation Industry commended the  apex bank for the intervention.

Commenting on this issue,  Lanre Olaniyan, A Professor of Economics at the University of Ibadan described the gesture as a welcome development.

According to Olaniyan, some of the airlines that threatened to pull out of the country’s aviation sector will now have a rethink.

He, however, said that the inability of the airlines to repatriate their monies in the first place would affect confidence.

“It is a welcome development, but like any other business, confidence will be low. Confidence is what makes businesses to thrive.

“Most of the airlines will now be treating Nigeria with caution,” he said.

Speaking in the same vein, Okechukwu Unegbu, a former President of the Chartered Institute of Bankers of Nigeria, CIBN, the apex bank only did what it ought to have done earlier.

He described the release as debt that was being repaid, adding that the release could even have implications for the country’s foreign exchange reserves.

“The CBN ought to have settled the problems with the airlines before it got out of hand,” he said.

Also speaking on this issue, Isaac Olanipekun, a personnel of the foreign airline, commended the CBN for taking bold steps to solve the dollar crunch facing the aviation industry.

He called on the Federal Government and the CBN to ensure that such a situation does not reoccur.