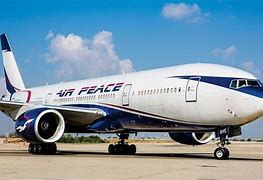 The Anambra State Government has described Air Peace commencement of three weekly flights into Niamey, Niger Republic, as historic and a decisive step in the economic integration of the African region.

Outgoing Governor Willie Obiano said the resumption of flights from Abuja and Kano from March 11 “is historic because it will help end the awful trend in Africa where passengers from some African cities would have to fly to Paris or London or Madrid or Lisbon to catch a connecting flight to some other African city”, according to Information and Public Enlightenment Commissioner C. Don Adinuba.

“We are proud that a worthy indigene of Anambra State, Allen Onyema, founder and chairman of Air Peace, is playing a significant role in ending this regional blight which has been most embarrassing to all of us who are Africans”.

Noting that Nigeria and Niger Republic are not just two neighbouring countries, Adinuba quoted Governor Obi as saying the citizens of both nations have so much in common.

“The cultural propinquity between them is remarkably deep”, he stated, adding: “The Hausa language, for instance, is commonly spoken in both countries, and there are numerous families with members in both places”.

The commissioner expressed the optimism that with Air Peace scheduled regular flights from Abuja and Kano to Niamey, trade between these “friendly West African states of Nigeria and Niger Republic will rise exponentially and relations between both the citizens and governments of the two nations will be deepened”.

Adinuba also reported that the incoming Anambra State governor, Professor Chukwuma Soludo, has called the Air Peace chairman on the phone to congratulate him on the flights.

“As a pan Africanist myself enamoured of the visions of great statesmen like Dr Nnamdi Azikiwe of Nigeria, Dr Kwame Nkrumah of Ghana and Sekou Toure of Guinea and as someone who has worked and lived in places like Addis Ababa in pursuit of the vision of an integrated and developed Africa”, Soludo observed, “the news of the flights between Abuja and Niamey and between Kano and Niamey is nothing other than delightful.

“The magic of it all is that Air Peace is powering ahead at a time many airlines across the globe have yet to recover fully from the effects of the COVID-19 pandemic which arguably affected aviation more than any other sector in the world.

“What is more, the situation is exacerbated by the astronomical increase in the price of dual purpose kerosene, DPK, following the dramatic rise of crude oil prices to more than $130 per barrel in the last few days”.

Aviation fuel accounts for 40% of airline operations around the world.

“It is amazing that this airline which began operations just seven years ago already operates 20 domestic routes and has been flying into Johannesburg and Dubai”, the governor-elect said.

“Air Peace, West Africa’s largest carrier and the fastest growing in the region, has become a great ambassador of not just Anambra State but the whole Nigerian federation”.

Soludo thanked President Muhammadu Buhari, the Minister of Aviation, Hadi Sirika, and his counterpart in the Ministry of Foreign Affairs, Geoffrey Onyeama, for “their stupendous assistance to Air Peace”.

He also praised the Nigerian diplomatic mission in Niamey, especially the deputy ambassador, Hajia Aisha Kabiru, for going beyond the call of duty to ensure smooth flight operations between Nigeria and Niger Republic.

The governor-elect also recalled how the Air Peace chairman brought home free of charge hundreds of Nigerian citizens stranded in South Africa in the midst of the xenophobic attacks which engulfed the country in 2019.

“Allen Onyema rescued these traumatized citizens regardless of their ethnicity, creed and gender”, stated Soludo.

“This is the way to go, the way of a new Nigeria”.