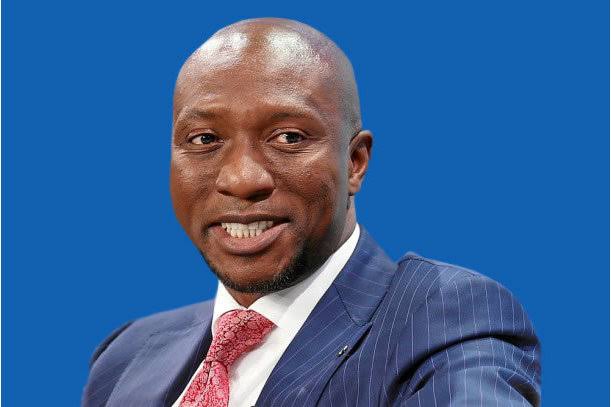 … I  resign as a board Member -Onyema

A rights and transparency group, aiges of  Nigeria for All Nigerians, NAN, has called on the concerned regulatory authorities to stop violation of the Nigerian Investments and Securities Act by the impending listing by introduction of the shares of Nigerian Exchange Group on the main Board of Nigeria Exchange Limited with effect from October 13, 2021.

A statement from Dele Ajanaku, NAN’s Secretary General said, “the impending listing by introduction of the shares of NGX Group on the main Board of NGX ltd with effect from October 13, 2021 vis-a-vis Onyema’ s portfolio in the two companies will be a violation of Rule 184(2)(a) on the status of  Oscar Onyema as the CEO of NGX Group while also serving as a Non-Executive Director of NGX Limited.”

According to NAN, “The purpose of this provision is to forestall a situation where a Council or Board member of an Exchange would be in a position to extend special privileges or exercise undue influence towards a listed company which he/she works for.”

In the scenario under review, by virtue of his position as CEO of NGX Group, Onyema is a staff/employee of the company. Given that he also serves a non-executive on the NGX Ltd, the Exchange on which NGX Group is set to be listed,  Onyema would (if permitted to hold both portfolios), be in contravention of Rule 184(2).

“On the basis of the foregoing, NAN concluded, “it is recommended that the Commission should request Onyema to relinquish one of the portfolios he is currently occupying so as to comply with Rule 184(2).”

In a related development, Nigerian Exchange Limited (NGX or The Exchange) has announced the resignation of  Oscar Onyema, as Non-Executive Director, effective immediately.

Onyema’s resignation comes on the back of the imminent listing of Nigerian Exchange Group Plc (NGX Group or The Group), where he serves as the Group Managing Director/Chief Executive Officer (GMD/CEO), on the main board of NGX.

Consequent upon this resignation by Onyema, NGX will uphold Rule 184(2)(a) of the Securities and Exchange Commission Consolidated Rules 2013 which states that “A securities exchange shall have a code of conduct for its council members or board which shall be approved by the Commission, and shall contain amongst others the following provisions, to wit, that the council members or board shall: (a) not be a staff of a quoted company and its subsidiaries.”

Speaking on the development, the Chairman, NGX, Abubakar Mahmoud, stated, “On behalf of the Board and Management of The Exchange, I extend our heartfelt gratitude to  Onyema for his selfless service to The Exchange. As he transitions into this new phase as the GMD/CEO of a listed company, we reiterate our commitment to act in the best interest of all Issuers to the benefit of all stakeholders in the capital market.”

The Chief Executive Officer, NGX, Temi Popoola, CFA noted that, “NGX owes its solid foundation to the effort of leaders like Onyema who worked tirelessly to build a capital market infrastructure we can be proud of. During his time as a Non-Executive Director on the Board of NGX, he brought to bear his wealth of experience and the unique institutional knowledge he possesses and we are grateful for that”.

To commemorate the listing of NGX Group on NGX,  Popoola will host the Group Chairman, NGX Group,  Abimbola Ogunbajo and the GMD/CEO, Oscar  Onyema, and other key stakeholders to a virtual Closing Gong Ceremony on Friday, 15 October 2021.