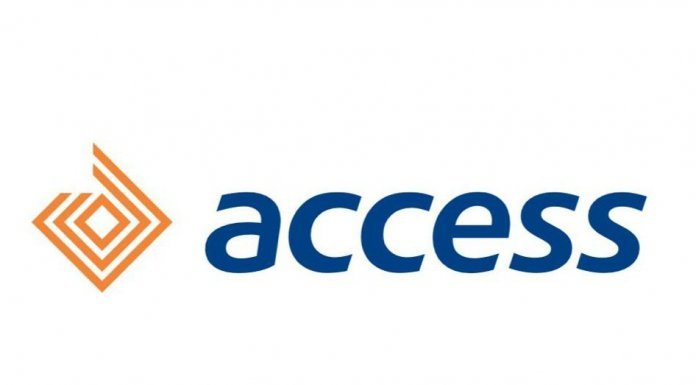 The Market Capitalisation of Access Bank Plc dipped 4.44 percent indicating a drop of N14.218 billion after a two-day-trading at the Nigerian Exchange Limited, NGX.

Unlike Access, the market capitalisation of Con-Oil which represents its total equity on the NGX rose by N1.526 billion or 9.84 percent, to stand at N17.036 billion, up from N15.509 billion.

During a single trade on the Nigerian Bourse on Wednesday, the bank’s market capitalisation also declined by N10.663 billion or 3.37 percent from N316.352 billion to N305.688 billion. Also its share price dropped from N8.90 kobo per share to N8.60 kobo per share.

Further checks revealed that at its peak in one year, Access Bank’s shares went as high as N10.50 kobo per shares, while N6. 25 kobo per share was the lowest orucrit traded under the same period in review.

The drop in the bank’s shares is coming barely one week after Access Bank Plc announced the launch of a $500 million Senior Unsecured Eurobond, under its $1.5 billion Global Medium-Term Note Programme.

The bank stated that the net proceeds from the Eurobond subscription would be used to provide medium term funding and boost the capacity of the tier -1 financial institution. . Access Bank said the offering achieved the lowest (outstanding) Nigerian bank Eurobond coupon, supported by an over three times oversubscribed orderbook of over US$1.6 billion, which represents the largest orderbook ever for a Nigerian bank Eurobond transaction, according to Sunday Ekwochi, the Company Secretary..

On the NGX however, Conoil Plc saw its share rise astronomically during Wednesday’s trading session on the NGX, jumping by 9.84 percent.

Conoil’s current share price of N24.55 kobo per share represents its highest value in the last 52 weeks on the NGX, while it lowest value was N14. 40 kobo per share.