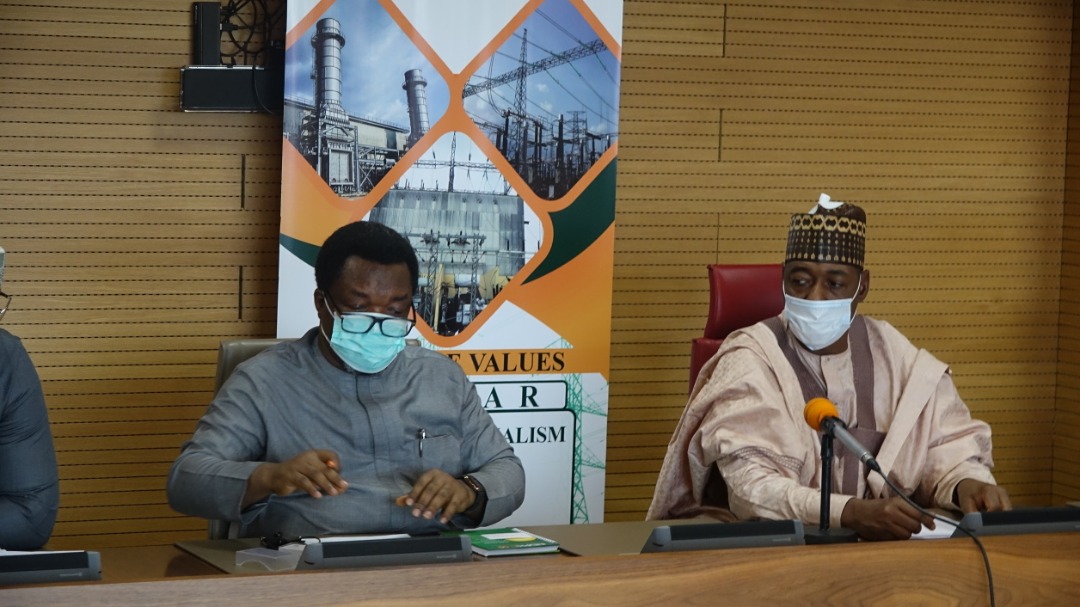 Borno Governor,  Babagana Umara Zulum was at headquarters of the Niger Delta Power Holding Company to make passionate request for extension of 132 Kilovolt electricity line from Maiduguri to Dikwa and Marte.

The Governor was received by the company’s top management, led by the Managing Director/Chief Executive Officer,  Chiedu Ugbo on Wednesday afternoon in Abuja. He was accompanied by a former Borno Deputy Governor, Adamu Shettima Dibal and some Government officials.

Governor Zulum during his remarks, told NDPHC’s management that connecting 132 kV line to Marte in northern Borno, will power machines for irrigation activities operated  by the Chad Basin Development Authority. He noted that when put to maximum use, Chad basin’s irrigation activities have potentials of meeting 30% of Nigeria’s food requirement.

Zulum, who was in Marte twice this year over resuscitation of CBDA’s irrigation equipment, said resumption of activities will create thousands of direct and indirect jobs for communities and families affected by boko haram’s killings and displacement.

He also urged the NDPHC to also consider the possibility of reaching Gamboru through Dikwa given the short distance between the two local government areas.

He said doing so will help in continued multi-stakeholder efforts to restore livelihoods and social services after setbacks caused the violence of boko haram.

Zulum paid glowing tribute to the Chief Executive Officer, Management and Staff of the NDPHC for establishing power infrastructure in Bama and other parts of Borno state.

The Governor said the company had shown compassion for the people of Borno who actually deserve all the support available in the country, in order to aid restoration efforts.