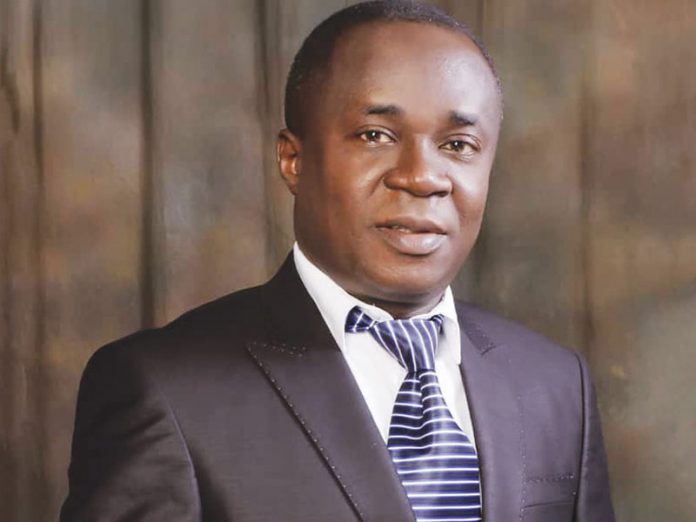 A former Commissioner for Finance in Imo State and currently Professor of Capital Market at the Nasarawa State University Keffi, Uche Uwaleke has given insight into what to expect in the fixed income and equities market for the remaining part of the year.

Speaking as a guest lecturer at the July 2022 monthly forum of the Finance Correspondents Association of Nigeria, FICAN, Uwaleke said that the  second half, H2, of penultimate election year, is not for risk-averse investors as recent evidence from the stock market supports “a buy-in-Sept-Sell in January strategy, {ceteris paribus) all things being equal.”

According to the pioneer President of the Association of Capital Market Academics of Nigeria, ACMAN, during electioneering period, “Investors are advised to take a longer term perspective as H2 of pre-election year is a good time to identify and take positions in undervalued stocks especially in dividend aristocrats.”

The July forum which drew all the executive members of the association to the national headquarters in Lagos from where they connected other members virtually, was themed: “impact of electioneering on fixed income and equity markets in Nigeria.”

According to the University don, the  impact of electioneering on equity and fixed income markets is mostly felt in the second half, H2, of penultimate election year and such pre-election years in Nigeria are characterized by tension and uncertainties ahead of the general elections with adverse consequences for the economy and the equities market in particular.

The next six months according to the financial economist, would be characterized by rising inflation rate as the impact of the Central Bank of Nigeria’s, CBN’s, tight monetary policy will be insignificant in taming inflationary pressure.

H2 2022 will also be witness rising Exchange Rates due in part to exit of foreign investors as well as increased demand for forex by Politicians as well as rising yields in the fixed income market. Indeed, the Debt Management Office, DMO, third quarter, Q3, Calendar shows bonds to be sold at coupon rates of between 12.5per cent and 13.5per cent.

Uwaleke also feared that cost of debt servicing on the part of government will increase, adding that there will be bearish stock market and negative real rate of return.

Professor Uwaleke further predicted that there will be Portfolio rebalancing away from equities to fixed income securities, even as this period has been associated with the exit of foreign investors.

“Domestic Investors’ sentiment is usually weak as they seek to reduce their market exposure when elections draw closer. The intensity of the impact is usually a function of the degree of political tension and uncertainty generated by political activities”, he said.

“While the ASI depreciated in September for all penultimate election years, it appreciated in January for all election years except 2015. The outlier, January 2015, was the election year that ushered in the present administration characterized by high tension and uncertainty, compounded by the fall in international crude oil price and the rumoured break-up prediction of Nigeria in 2015 by the United States National Intelligence Council”, h added.

According to him, the bearish run experienced in the stock market in H2 of 2014 (largely on account of the tension) had lingered into January 2015.

“To identify mis-priced stocks, the application of ‘Tobin-Q’ or ‘Kaldor’s V’ and Price/Earnings ratios is advised. Ultimately, the best strategy to shield the headwinds is to stay with securities that have solid fundamentals as well as ensure a well-diversified portfolio of investments particularly during electioneering periods,” he advised.

Citing his earlier article titled, “Crystal-Gazing the Nigerian Stock Market in 2022,” Uwaleke said that the tight monetary policy meant to rein in inflation will result in higher fixed income yields and make equities investment less attractive, stressing that to overcome the headwinds that characterize H2 investment climate, investors in the Nigerian stock market will be well advised to follow the time-honoured cautious investment path of asset allocation, risk management and portfolio diversification.

Manufacturers still have minimal confidence in the economy-MAN

MAN raises concern on the negative impact of rising inflation