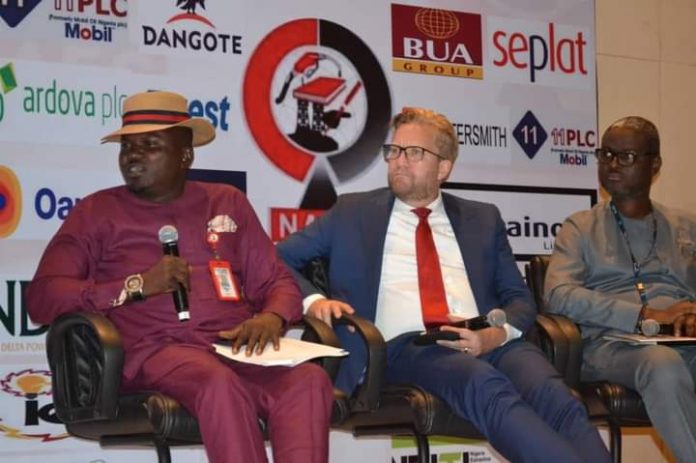 Critical stakeholders in the Nigeria’s oil downstream subsector have suggested a template on how Nigeria can achieve full deregulation in the course of the current global energy transition.

The stakeholders including the Chief Strategy Officer, Axxela Limited, Olufisayo Duduyemi, and Chief Executive Officer, All On, Wiebe Boer, spoke alongside Team Lead of Platforms Africa, Adeola Yusuf, and other panelists during a panel session at the 2021 NAEC Strategic International Annual Conference themed, “PIA: Energy Transition And the Future of Nigeria’s Oil and Gas,” held in Lagos.

The deregulation of the downstream of the Petroleum industry should, according to him, be based on local production to enable the economy move in expected direction.

The Axxela boss further explained that in the context of energy transition, it is acknowledged that there would be a significant reduction in the use of fossil fuel in the years ahead, urging Nigeria to switch over to natural gas as fuel of choice.

He stated that it is through the usage of natural gas that Nigerians can experience some soft landing from the effects and impact of full deregulation of the downstream sector of the oil and gas industry.

The Axxela chief strategy officer advised that the country’s gas resources should be harnessed and monetised.

“Let us put gas into our processes and industries. By so doing cost of production would reduce, cost of commodities would drastically reduce and would become more available to the masses, this is the role natural gas is playing now and in the future,” he said.

In his submission, Adeola Yusuf declared that deregulation can be embraced by the people when rhe government and all other stakeholders cultivate true communication with the people.

The past efforts made by the Nigerian Government to fully deregulate the sector, the Award winning energy journalist and policy analyst said, failed because of the inability of the government to communicate with the people.

“The deregulation has been a much desirable policy that should be welcomed and embraced by the people if they are truly made to understand it. Unfortunately, the pattern of communication on the government effort for deregulation has been vertical. It has been top-bottom and this explains why the deregulation policy has been grossly unpopular among the downtrodden people that it is meant to favour.

“The pattern of communication has to be horizontal if we want to achieve anything at all. The era of talking to the people has gone and except the government and other stakeholders want to keep moving in a cycle, it is high time they started talking with the people.

“The summary of this is that the deregulation policy will keep failing in this democracy except the government adopt engaging communication strategy. Stop talking to the people, start talking with them,” Yusuf said.