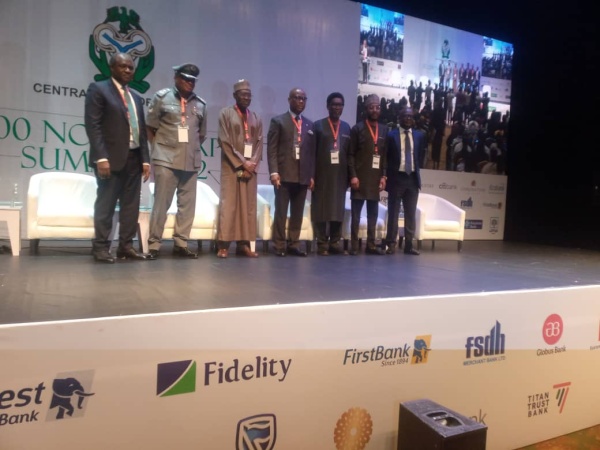 Exporters in Nigeria will soon celebrate as stakeholders in the sector move to collaborate to tackle the constraints in documentation and export processes.

This resolution was reached on Thursday during the maiden edition of the biannual non-oil summit under the Race To $200bn, RT200 in FX repatriation Programme, organized by the Central Bank of Nigeria, CBN, and the Bankers Committee in Lagos.

In a discussion during the event, the Managing Director of NPA, Mohammed Bello-Koko, lamented that the national single window is a project that has been on the pipeline for over 15 years.

He noted that the problem is that “each stakeholder is working in isolation” and that is why it is still difficult to have the project implemented.

The MD explained that the national single window is a single platform of interplay where data is exchanged, where you feel only one form that can be accessed by the Nigerian Customs Service, NCS, Standard Organization of Nigeria, SON, Nigerian Port Authority, NPA and all other stakeholders.

It is also “a platform where you make payment, whether you are an importer or exporter; if you are paying five government agencies and you are supposed to pay a total of N100,000, the system automatically distributes the money,” Koko said.

In his remarks, the Governor of the CBN, Godwin Emefiele noted that the essence of the RT200 FX programme, which is the reason for the summit, is to harness ideas on how to increase the value and volume of non-oil exports in the country and improve the availability of foreign exchange proceeds that come from it.

He therefore called on the Nigeria Port Authority to liaise with the Nigerian Customs Service and the Bankers committee to create a single platform, within the next 90 days, where information of exporters can be easily accessed by all authorities so as to eliminate the export bottleneck processes.

While lamenting the value lost to exporters, who move their goods to neighbouring countries from where they export them, Emefiele noted that his attention was drawn to the long period of time that people queue up before their goods are exported and because of this, “Nigerian exporters prefer to transport by road from Lagos to Accra, to the Republic of Benin and doing this we lose that export proceeds.”

“We need those export proceeds badly,” he added.

The CBN governor promised to support whatever positive conclusions that the group would come up with so as to solve the issues and promote non-oil exports for the growth of the country’s economy.