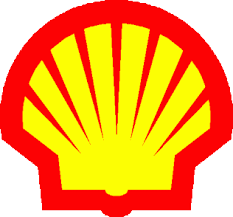 SNEPCo in a statement said Shell Nigeria Exploration and Production Company Limited’s 225,000 barrels per day Bonga Floating Production Storage and Offloading vessel is set to begin production to boost Nigeria’s crude oil output.d completed maintenance on the FPSO, which was shut down a month ago.

It announced this through its Media Relations Manager, Abimbola Essien-Nelson, adding that the completion of the turnaround maintenance on Bonga would increase Oil and Gas production in the coming days.

Essien-Nelson also disclosed that although the TAM was scheduled to be completed in 30 days, the process was completed in 22 day.

The Oil firm said, “Shell Nigeria Exploration and Production Company Limited is pleased to announce that the 2022 turn around maintenance of the Bonga floating production storage and offloading vessel has been completed.

“The 225,000bpd capacity FPSO was shut down on October 18, 2022 to carry out statutory inspections, recertifications and other critical asset integrity restoration activities.

“The 2022 TAM, which was originally planned for 30 days, was completed in 22 days on November 9, 2022, thanks to excellent front-end planning and flawless execution.

“Start-up activities are in progress and will culminate in ramp up of oil and gas production in the coming days.”

SNEPCo’s Managing Director, Elohor Aiboni, recently at a session with the chief executive officers of contractor companies participating in the Bonga TAM, had stated that safety remained the company’s priority.

“The Bonga TAM is important to revitalise this important critical national asset. But more important is carrying out the turnaround safely.

“That is what keeps me awake at night. It is our top priority as a company and we promote this by encouraging our staff and contractors to speak up and work only if it is safe,” Aiboni said.

Nigeria’s crude production had been witnessing a downturn, dropping to an all-time low of 900,000bpd few months ago.

A recent report revealed how the country lost N415bn to the shutdown of nine crude oil terminals within the space of two months.

The affected terminals, Forcados, Qua Ibo, Bonny, Bonga, Voho, Erha, Brass, Ukpokiti and Aje were shut down between May and June 2022.

The report stated that the total loss was put at 7.6 million barrels for the whole period of the shut-in.

Professor of Economics and Public Policy at the University of Uyo, Akwa Ibom State, Akpan Ekpo, despite crude oil retaining 80 per cent of the total trade, Nigeria should diversify as oil revenue was no longer reliable.

“Oil prices are volatile, and we need to think of other ways to boost revenue,” he said.

On his part, the lawyer advising NNPC Ltd on Oil and Gas projects and transactions, and partner at Bloomfield Law Practice, Ayodele Oni, said the Federal Government should provide solutions to the oil theft challenges bedeviling the country.

He said, “Plans need to be put in place to ensure that crude is not stolen. Our leaders need to be proactive and think outside the box. As we speak, many companies are already working on alternative structures for moving their crude to the export terminal.