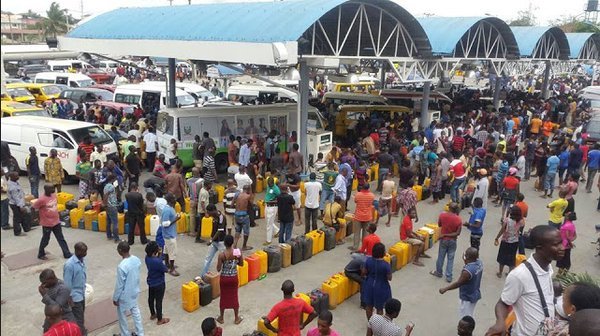 In Lagos and Ogun states, The PUNCH witnessed long queues at several filling stations such as Mobil, Capital, Fatgbems, Enyo, TotalEnergies and NNPC.

Though there were products at these filling stations, which also sold at N165/litre, motorists struggled to get gasoline with which to run their economic lives.

There were also queues in states bordering the FCT, including Nasarawa and Niger. In the Federal Capital Territory, there were long queues at various filling stations such as the NNPC, Mobil, A.A. Rano, AYA Ashafa, Enyo, among others. Hundreds of motorists besieged the few filling stations that dispensed petrol at various states, spending hours on queues in a bid to buy PMS.

Oil marketers blamed the development on the drop in supply, stating that the demand for petrol was currently higher than what was being provided by the Nigerian National Petroleum Company Limited.

NNPC is the sole importer of petrol into Nigeria, shouldering this responsibility for more then four years.