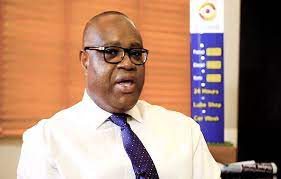 Report reaching us indicates the Nigerian Police has concluded its investigations into criminal allegations made by Ned Nwoko against Gabriel Ogbechie in connection with land and chieftaincy disputes in Idumuje-Ugboko community, in Aniocha North Local Government Area of Delta State.

In the report released by the police, a certified true copy of which sighted, the police completely exonerated Ogbechie of all criminal allegations made by Ned Nwoko.

It will be recalled that sometime in February, 2021, Ned Nwoko made series of allegations bothering on threat to life, murder and terrorism, against Gabriel Ogbechie. In addition to the above, Nwoko alleged that a certain Osemeka Bosah Oscar who was allegedly privy to the information bothering on the purported threat to life, died mysteriously.

These allegations subsequently formed the basis of several petitions written by Ned Nwoko and submitted to the Nigerian Police, against Gabriel Ogbechie. However, in its August 12, 2021, report, a certified true copy of which was recently released, the police conclusively found that there is no scintilla of evidence to back up the allegations made by Ned Nwoko.

“In view of the above facts, investigation has not revealed any evidence to establish a Pima Facie case of conspiracy, threat to life of Prince Ned Nwoko and threat to life of Osemeka Oscar Bosah against the suspects…”

Following the heinous allegations made by Prince Ned Nwoko,  Ogbechie had also filed a defamation suit against him at the High Court of F.C.T, Abuja, presided over by the Justice Chizoba. N Orji. Hearing in the suit commenced on November 30, 2022, with  Ogbechie giving evidence. In the suit, Ogbechie represented by a senior lawyer, Ekeme Ohwovoriole, is claiming, amongst others, a retraction of the defamatory publication made by  Ned Nwoko, a written apology and the sum of 1 billion Naira against Prince Ned Nwoko for defamation. In the meantime, the case has been adjourned to February 27, 2023, for further hearing.