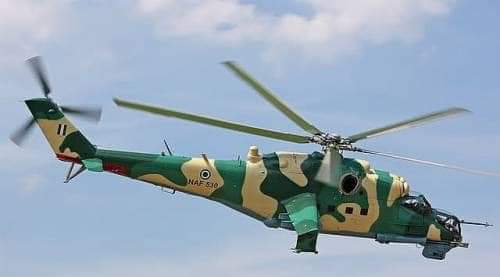 The Peoples Democratic Party (PDP) expresses shock and totally condemns the reported shooting of a civilian market boat ferrying foodstuff and other household goods, allegedly by a military helicopter in Dutch Island area of Rivers state.

Kola Ologbondiyan, National Publicity Secretary of the PDP noted in a statement on Saturday.

Ologbondiyan said the PDP is alarmed by reports of how the said military helicopter allegedly circled, targeted and shot at civilians, who were ferrying foodstuff and household items from Nembe-Bille jetty, in a bloody assault, in which the traders sustained gunshot wounds.

He said “Our party calls for an immediate and comprehensive investigation into the terrifying incident which has reportedly heightened apprehensions in the Niger Delta region.

“The PDP also calls for calm as the authorities unravel the circumstances surrounding the ugly incident. ”

Recall that a yet-to-be identified helicopter has reportedly shot at a local passenger boat travelling from Port Harcourt to Bonny in Rivers State.

There are fears of casualties, with some occupants severely injured and rushed to the hospital.

Eye witnesses at the Bonny-Nembe waterside where the boat took off from in Port Harcourt, told newsmen that there were casualties.