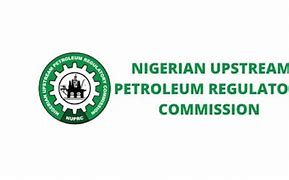 The Federal Government on Friday announced the latest growth in Nigeria’s Oil and Gas reserves, stating that the country’s hydrocarbons had continued to increase.

Figures released in Abuja on Friday by the Nigerian Upstream Petroleum Regulatory Commission, a Federal Government agency, showed that the country’s oil reserves increased by 0.136 billion barrels to 37.046 billion barrels as of January 31, 2022.

Announcing the growth in the country’s reserves in Abuja, the Chief Executive, NUPRC, Gbenga Komolafe, said the announcement was in line with the provisions of Sections 7 (i), (j), (k) and (r) of the Petroleum Industry Act 2021

He said the Act stipulated that all operating exploration and production companies were to submit their annual report of reserves to the commission.

“A total of 61 operating companies submitted their 2021 annual report on reserves in line with the provisions of the PIA, 2021. Analysis of the report indicates that the nation’s oil and condensate reserves status as at January 1, 2022 was 37.046 billion barrels representing a slight increase of 0.37 per cent compared to 36.91 billion barrels as at January 1, 2021”, he said.

He also stated that the commission recognised that the formulation of all-inclusive strategies to increase crude oil and gas reserves (from 37 billion barrels and 208.62 TCF) required thorough consideration of all factors militating against efficient and effective exploration and production operations.

The Chief Executive further stated that the NUPRC had initiated a campaign dedicated to the identification of oil and gas wells producing below capacity through the inventorisation of shut-in wells and analysis of the inventory to map the reasons for shut-in and devise measures for quick reopening.

He said the NUPRC was embracing and adopting new technologies and advanced recovery techniques for unlocking some identified stranded oil and gas resources.

The NUPRC boss noted that the conflict between Russia and Ukraine and the attendant disruptions to the global gas demand-supply chain had provided Nigeria with a unique opportunity to fill this gap through the implementation of several gas developmental initiatives.

He said the commission was currently engaging all lessees on their Natural Gas Flare Elimination and Monetisation Plan to ensure compliance with Section 108 of the PIA and boost supply to the rapidly growing gas market.

“Furthermore, in the face of the global energy transition and the need for cleaner sources of energy, gas is being positioned as our immediate transition fuel to lower the nation’s carbon emission footprint in line with our climate change commitment,” Komolafe stated.

“Additionally, we are encouraging investors to leverage on the generous gas fiscal incentives in the PIA such as zero hydrocarbon tax, reduced royalty rates, tax consolidation provisions, among others, to take Final Investment Decisions on their proposed upstream projects. With a proven gas reserve base of 208.62TCF (as at January 1, 2022), we are on track to increase our reserves volumes to 220TCF in less than 10 years and 250TCF thereafter”, he noted.

The NUPRC boss noted that Nigeria was currently producing about 8BSCF/D of gas, out of which about 20 per cent was delivered to the domestic market, approximately 40 per cent exported to international markets, 30 per cent utilised for producer’s internal consumption and the excess gas was flared.