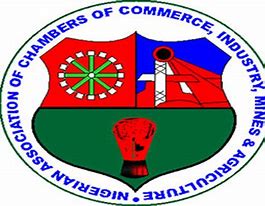 The National Association of Chambers of Commerce Industries, Mines and Agriculture, NACCIMA, has decried the continuous rise in the Country’s inflation rate as it hits 20.52% in August 2022 from 19.64% in the previous month as reported by National Bureau of Statistics, NBS.

And according to trading economics, this newly recorded figure exceeded market expectations of 20.25%, making it the highest figure recorded in the country since September 2005. Although, these inflationary statistics might be incorrectly underestimated considering the primary research on the price of essential foods, transportation and household goods.

This increase in inflation according to the association can be linked to several factors, including the high cost of raw materials, the devaluation of the naira, and the disruption of the supply chain caused by insecurity, among others. The persistent insecurity in the nation has continued to impede agricultural activities and deter investments in agriculture in the nation’s food-producing regions, resulting in a decline in agricultural output.

Speaking on Ukraine’s Invasion and Wheat Production, it said as a result of the war between Russia and Ukraine, the worldwide inflation rate has increased, which has led to an increase in the price of oil and food. This made it difficult for not only those with low incomes but for those with middle incomes to afford necessities. Nigeria’s dependence on these countries for agricultural commodities such as grains and wheat for direct consumption and industrial commodity production has had a significant effect on food prices.

Due to the invasion of the Ukraine, the country’s imports are inadequate to meet the expanding demand for daily consumption products, as Nigeria, along with other African nations, historically relied on wheat imports from the Ukraine. In 2021, Nigeria imports around 98.5% of the required quantity, leaving Northern states with a production capacity of 1.5%. Even though wheat matures in only 150 days and can be cultivated on all soil types except for severely damaged alkaline and waterlogged soils, the security situation in the country has impeded Nigeria’s potential to improve production.

Speaking on Nigeria Insecurity and Agricultural Value Chain, the Association stated that the rising level of insecurity has a direct effect on the production capacity of most farmers, with Nigeria having over 80% of the farmers to be smallholders. “These farmers are unable and frightened to do their normal farming due to the security situation in the country, despite the fact that these individuals make a living from farming and contribute significantly to the country’s food supply. In addition, they contributed to the provision of raw materials for food processing and for majority of agro-allied businesses. The same impact poses a greater threat to rural-to-urban conveyance of agricultural products. Consequently, the entire agricultural value chain has been disrupted due to the restrictions imposed by insecurity. It is conceived that the primary cause of inflation, particularly food inflation, is endogenous”, pointed out the Group.

On Oil price: Similarly, the present global increase in fuel prices and the resultant increase in diesel prices have a direct impact on the prices of goods produced with petroleum products. Notably, increased transportation, manufacturing, and heating costs have indirect implications on the cost of goods. It is increasingly crucial for most manufacturing enterprises to consider energy cost efficiency and become more reliant on alternative energy for production.

NACCIMA observed that most farmers and those earning a living within the value chain have been left unemployed, worsening the spiraling unemployment rate in the country. Therefore, we believe that Nigeria is currently suffering Stagflation rather than Inflation.

According to the year-over-year percentage change in inflation in Nigeria, the Nigerian economy has shifted significantly into a walking inflation. That is, the country’s economy is too swift for individuals and businesses to sustain.

It is a well-established fact that Nigeria relies heavily on import of finished goods demanded by households and raw materials used by industry. Ironically, with the proper infrastructures, these items may be produced domestically.

The Association listed its recommendations to include: the government must develop and implement policies targeted at increasing food supply and decreasing enterprises’ production costs. Moreover, encourage local production and ensure that adequate infrastructures are put in place to meet the country’s needs and strengthen the food supply chain. This will also encourage the private sector and attract Foreign Direct Investment, FDI, thereby positively impact the Gross Domestic Product (GDP). Nigeria can increase its output if the nation’s production problems are addressed in the interest of inclusive economic growth and development.

“In addition, we urge governments at all levels to promptly utilize all available resources to fill the gap in wheat imports, as well as to make a longer-term commitment to minimize imports by providing both financial and technical supports for the wheat production value chain. For the development of wheat production in the country, it is essential to involve the appropriate agricultural industry stakeholders, including research institutes. Also, the country must address the insecurity that has impeded agricultural production. As we approach the wheat planting season (November and December), we expect the government to give local wheat production the deserved priority”, NACCIMA stated.

“Given the non-liberated and relatively high prices of diesel, we hope that the government would soon revitalize the Nigerian electricity assets to reduce industries’ heavy reliance on diesel for production”, added the group.

Speaking on the way forward, as the leading member of the Organized Private Sector, NACCIMA recommends that government should review its current policies to help mitigate the present economic crisis, thereby putting an end to the struggle of most Nigerian businesses and the rising poverty rate among the population.