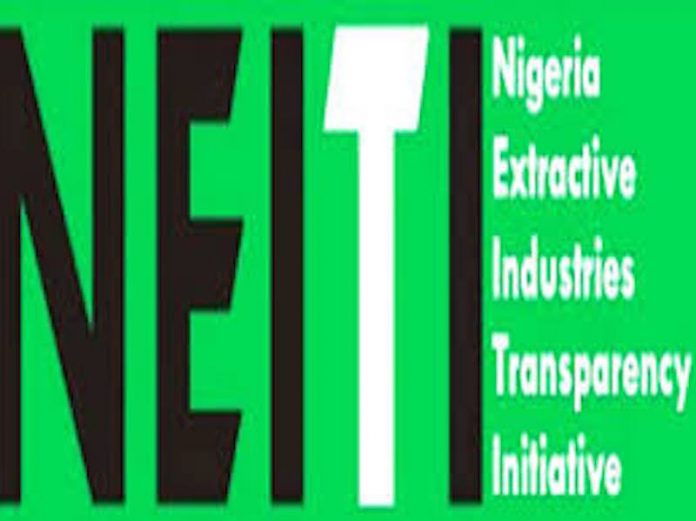 The Nigeria Extractive Industries Transparency Initiative, NEITI, on Tuesday revealed that 77 Oil and Gas companies in Nigeria are indebted to the federation to the tune of N2.659 trillion. The debt, according to the Executive Secretary of NEITI, Orji Ogbonnaya Orji arose from failure to remit petroleum profit tax, company income tax, education tax, value added tax, withholding tax, royalty and concession on rentals.

Orji, while briefing the media on the status of EITI implementation in Nigeria during the agencies mid-year briefing and presentation of its scorecard in the past seven months explained that the total liabilities of the 77 companies covered by the NEITI process was at the agencies’ 2019 independent audit report of the oil and gas sector.

“The NEITI reports based on findings in its 2019 audit reports of the oil and gas sector show that oil and gas companies in Nigeria owe government about $6.48Billion which equals about Two trillion, six hundred and fifty nine billion Naira (N2.659Trillion) at today’s exchange rate of N410.35,” Orji said.

“A breakdown of the figures show that a total of $143.99million is owed as petroleum profit taxes, $1.089billion as company income taxes and $201.69Million as education tax. Others include $18.46Million and £972Thousand as Value Added Tax, $23.91million and £997Thousand as Withholding Tax, $4.357billion as royalty oil, $292.44Million as royalty gas, while $270.187Million and $41.86Million were unremitted gas flare penalties and concession rentals respectively.”

Orji stated that the disclosure was important and timely in view of the government’s current search for revenues to address citizens’ demand for steady power, access to good roads, quality education, fight insurgency and creation of job opportunities for the country’s teeming youths.

“In 2021, if the money is recovered the 2.659trillion could fund about 46% of Nigeria’s 2021 budget deficit of N5.6Trillion and is even higher than the entire projected oil revenue for 2021,” Orji further explained. “This is why NEITI is set to work with the government to provide relevant information and data to support efforts at recovering this money.

“The disclosure of this information is in line with NEITI’s mandate to conduct audits, disseminate the findings to the public to enable the citizen’s especially the media and civil society to use the information and data to hold government, companies and even society to account. It is important that the process of recovering this humongous sum be set on course to support government in this period of dwindling revenues.”

NEITI stated that in furtherance of its mandate and the current focus which is “Relevance Built on Revenue Growth and Impact”, it is determined to help government recover this money. “We therefore appeal to these companies to ensure that they remit the various outstanding sums against them before the conclusion of the 2020 NEITI audit cycle to the relevant government agencies responsible for collection and remittances of such revenue.

The Transparency Boss cautioned that “NEITI will no longer watch while these debts continue to remain in its reports unaddressed. We will provide all necessary information and data to sister agencies whose responsibilities are to recover these debts into government coffers. We will do also share the information and data with our partner anti-corruption agencies with whom we have signed MoUs.

He listed the modest achievements of the agency within the short period to include: re-constitution and inauguration of the NEITI Board; commencement of process of reviewing of NEITI Act to strengthen its powers and functions; timely publication and presentation of the reports; securing permanent office accommodation for the agency after 17 years of squatting on rent; sustained and diversified partnerships with key Stakeholders and partners.

Other achievements he listed are: the appointment of NEITI into the implementation of the PIA; commencement of the development of a 5-year NEITI Strategic Plan (2022-2026); NEITI Audit Automation Project; Nigeria’s involvement in Opening Extractives program; NEITI’s appointment to lead the global EITI Contract Transparency Network; Designing of a new, functional and Interactive website and reconstitution of the civil society and communication sub-committee among others.

The Transparency Boss also briefed the media on the outcome of the Roundtable with the Civil Society held on Monday, 27th September 2021 which rose with the civil society and communications committee of the NSWG, getting the additional members to join the five members of the NSWG already on the Committee. These additional members were selected by civil society actors themselves to represent several clusters and constituencies, namely: professional body; gender; people living with disability; youth; academia; media; PWYP coalition, among others. Alternate members were also selected for each of the clusters and constituencies.

Earlier in his welcome remarks, The Chairman of the Board,  Olusegun Adekunle welcomed the achievements so far recorded and assured that a lot more needs to be done in the EITI implementation in Nigeria, especially under a new Petroleum Industry Act regime and a solid minerals sector that is begging for coordination, noting that the civil society and the media, being the third leg of the EITI tripod has critical roles to play in the Initiative.

“To effectively undertake this task of ensuring prudent management of extractive resources, there is need for effective oversight of the implementation of the EITI standard by all relevant frontline agencies of government and companies. NSWG looks up to you for you to effectively monitor these guidelines and to ensure that the standards are mainstreamed in the covered entities’ daily operations”, he said.

He reiterated the commitment of President Muhammadu-led administration to EITI implementation in Nigeria, noting that the administration is passionate about EITI process because it serves two key agenda of the government on strategic economic development through extractive sector, and in achieving transparency and accountability in the management of our natural resources under the anti-corruption agenda.

In his goodwill message, Emanuel Uche, the Program Manager, British Council/ Rule of Law and Anti-Corruption Program, RoLAC, commended NEITI under the current management for the modest achievements made within a short period. He pledged his organization’s continued support to NEITI.

You will recall that the 5th National Stakeholders Working Group, NSWG, also known as the Governing Board of the Nigeria Extractive Industries Transparency Initiative, NEITI, was inaugurated by President Muhammadu Buhari on the 22nd July 2021 and saddled with the mandate to oversee the activities of NEITI in line with the NEITI Act establishing the Agency.