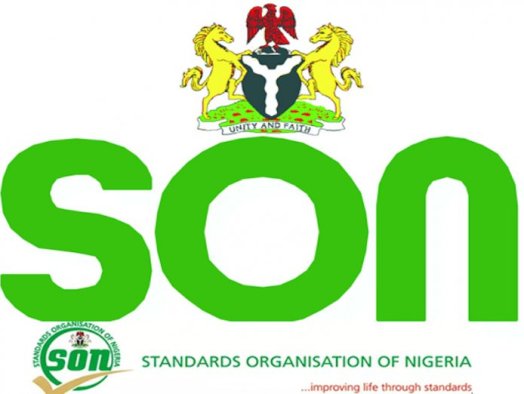 The Minister of Industry, Trade and Investment, Adeniyi Adebayo will be the Special Guest of Honour at the forthcoming celebration of 50 years of the establishment of the Standards Organisation of Nigeria, SON.

The Agency made this known in a statement signed by the Director, Public Affairs, SON, Foluso Bolaji which was made available to Energy Frontier.

Apart from the Minister, other eminent personalities including Captains of Industry, Heads of Ministries, Departments and Agencies, international development and technical partners as well as several stakeholders and operators within business, commerce, industry as well as investment circles/ value chains are equally expected at the occasion.

The SON Golden Jubilee Anniversary Ceremony which holds at Oriental Hotels, Lekki Road, Victoria Island, Lagos, will take place on Tuesday, December 6th, 2022 by 10:00am prompt. It promises to be a ground-breaking event which would showcase some of the major engagements and interventions by the agency towards ensuring Nigeria’s industrial and economic growth particularly in recent times under the current watch of the SON Director General/ Chief Executive, Farouk Salim.

Indeed, the Director General has expressed his delight that SON is attaining this milestone during his tenure, re-assuring stakeholders, operators as well as consumers of the agency’s determination to ensure business and industrial growth as well as consumer safety and protection.

Recall that the fulcrum of standardisation and regulation of quality for all products in Nigeria is vested in the Standards Organisation of Nigeria. Established by Act No. 56 of 1971 as amended by Act No. 14 of 2015, SON as a corporate body, has the sole responsibility for National Policy on Standards, Standards Elaboration and Specifications, Quality Assurance and Control as well as manufactured industrial and imported products and services. The agency has since been empowered by its present Act with more powers to check the production, importation, circulation and sale of sub-standard products across the country.

SON is one of the key parastatals under the Federal Ministry of Trade, Industry and Investment, FMITI.