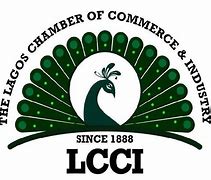 The Lagos Chamber of Commerce and Industry, LCCI, has expressed concern over the implementation of infrastructure management in the country.

Federal Government had planned to double the country’s infrastructure stock from 35 per cent to about 70 per cent with the inauguration of the National Council on Infrastructure.

The chamber said that the reason for doubting the new FG’s 70 per cent target for infrastructure contribution to the national GDP is linked to the decade long corruption adding poor infrastructure was Nigeria’s greatest socio-economic development challenge.

President of the LCCI, Michael Olawale-Cole at the 2022 ICTEL EXPO, in Lagos explained that the benefits to the nation’s ICT and Telecommunication sectors and on government’s digital economy agenda would be enormous if Nigeria got digital infrastructure right.

The LCCI president said that the multiplier effects of an effective and efficient digital infrastructure in the country on national development cannot be overemphasised, noting that the government had announced a target of $40 billion private capital investment in digital infrastructure by 2025, besides facilitating about $1 billion in private equity.

He said: “Just last week, the federal government inaugurated the National Council on Infrastructure, with a plan of doubling Nigeria’s infrastructure stock of the Gross Domestic Product, GDP, from the prevailing 35 per cent to about 70 per cent. The issue has always not been with good initiatives, but in their implementation. That remains a big concern to us as a Chamber, hence the desire to make a difference with the 2022 ICTEL EXPO.

“The 2022 ICTEL EXPO is giving deserved focus to digital infrastructure because, over the decades, next to corruption, poor infrastructure is Nigeria’s greatest socio-economic development challenge.
Those that are commonly focused on are power, roads, water. We dare say however that, as critical as the listed ones and indeed others not listed are, if Nigeria gets digital infrastructure right, the benefits to the nation’s ICT and Telecommunication sectors and on government’s digital economy agenda would be enormous.

“This is clearly because virtually everything is now done electronically, thereby making issues like Access, Internet of Things, Right of Way, Broadband Penetration, Policies, Regulation and Cyber Security matters of great concern. The questions then include: Where are we in Digital Infrastructure? What are the challenges and the way forward? And who does what, and when?”

Speaking further, Olawale-Cole stressed that the 2022 ICTEL EXPO is providing a great opportunity to influence national discourse on digital infrastructure in Nigeria.

He added: “As an advocacy group and a lead promoter of Small and Medium Enterprises, we appreciate the significance of this to business growth and sustainability and we are ready to lend necessary support to the actualization of this. We have assembled together eminent speakers who we are confident will do justice to various issues as they affect the Theme of this great event and the expectations of all of us.

“I am therefore confident that the 2022 ICTEL EXPO will have significant impact on policy initiatives and advocacy, especially in the ICT and Telecommunication space.”