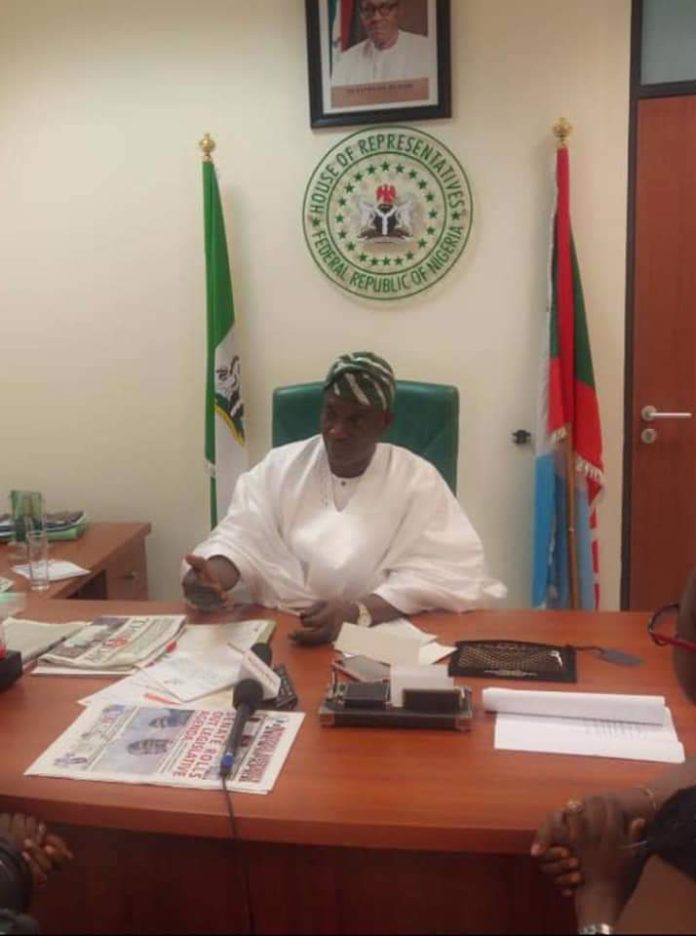 The lawmaker, representing Epe Federal Constituency at the Federal House of Representatives Olawale Tasir Raji tasked members of the ‘Club Seventies Epe  to take their rightful positions in the leadership and development of the community.

Raji gave the advice during his courtesy visit to the Club in Epe while commending the members of the Club for their immense contributions to the growth and development of Epe Division.

He identified some basic problems confronting the Division and his efforts towards proffering solutions, most especially employment generation, infrastructural development and counselling against social vices.

He extoled all the objectives of the Club as being laudable as well as congratulating members for keeping their house together since the time he hosted the Club at his Epe Country home almost 20 years ago till this moment.

According to him, “The main purpose of coming together as a club is to promote social bonding.

“Apart from the blood related members of the family, the Club supposed to be regarded as an extension of the family and as such members must be closely knitted together.

He further admonished members to avoid unnecessary pettiness and jealousy as we are moving up.

“To him, the essence of coming together is for the strong to support the weak ones’.

He implored club members to avoid being self-centered and instead consider the plight of others, uphold the spirit of togetherness and always give back.

Raji said that collective interest as against personal interest will make all members to prosper together.

“Your Club members are very energetic, and this is the right time to unleash your potential.

He stressed the need for the club members to channel their energies positively.

According to him, Club Seventies Epe are nation builders and catalysts for change who should set long and short term goals, and focus on achieving set targets which government can support.

He said that good character and integrity were some things needed to excel, urging the Club to set goals, focus on them, and be disciplined.

Raji urged members on group’s vision to be more resourceful in their communities to attract development, instead of being used to perpetrate social vices. Raji, while giving the synopsis of his political career and several interventions in terms of developmental projects listed part of his achievements as follows; construction of blocks of Classrooms in Primary and secondary schools all over Epe Local Government and payment of monthly stipends to the Senior (Elderly) citizens in Epe.

Others includes construction of market stalls and Lock Up Shops, Provision of Federal Employment for Epe indigenes, Construction of Primary Health Care Centres in strategic locations in Epe Local Government and Rural Electrification Project and Provision of Transformers among others.

Adelaja acknowledged that some of the Club’s member knows the lawmaker since he was a Permanent Secretary, adding that he is a man of his words.

He extolled all he did for Epe indigenes right from facilitating employments for the youths especially the mass recruitment of graduates into the Lagos State Civil Service and his unrelenting efforts of always being supportive anytime any Epe indigenous staff seek his assistance.