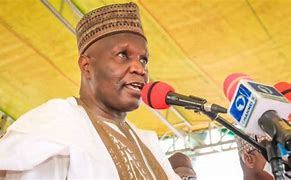 The Gombe State Government has signed a Public Private Partnership, PPP, agreement with the Lincoln University College of Malaysia to prop up academic activities at the Gombe State University of Science and Technology Kumo which was established and abandoned by the immediate past administration in the State.

In his address at the ceremony, Governor Yahaya described the signing of the Public Private Partnership (PPP) agreement with Lincoln University College of Malaysia and Gombe State Government as historic.

The governor explained that the Gombe State University of Science and Technology, Kumo was established on 21st August, 2017 through the issuance of licence by the National Universities Commission, NUC, but that due to obvious reasons, full academic activities in the university could not commence.

He said, “This administration thought it wise to engage a reputable, experienced and capable private educational investor to participate in the management and development of learning and research activities at this institution in accordance with current global science and technological innovations for competitive and competence skills acquisition for our graduates.

“We engaged Lincoln University College on this and they accepted our proposal to run the institution on Public Private Partnership arrangement for 30 years at the first instance,” the governor said.

Governor Inuwa said the agreement will see the strengthening of the curriculum and curricular activities of the institution to international standard and best practices as demonstrated by the Lincoln University College in Malaysia for students’ excellent knowledge and skills development for self-reliance and nation building.

“It will also ensure the provision of adequate funding, continuous infrastructural maintenance, development of facilities and services within the institute.

“This is part of our vision to provide sound education to our teeming youths for productive and capital development,” he said.

He revealed that within the plan, Lincoln University College will establish six new faculties including Medical Sciences to provide Dentistry, Nursing, Medicine and Surgery programmes.

The faculties will offer 21 First Degree, 18 Master Degree, six Ph.D and two other certificate courses totaling 47 programmes to be run by the University.

“Our engagement resolved that profits accrued from the partnership entitled to Gombe State Government will be 10%, 20% and 30% corresponding to the first, second and third 10 years of operation respectively. The rest will extensively be used for the earmarked developments and running of the school affairs”.

On staffing, the governor remarked that Gombe State indigenes will be offered 25% of all academic staff positions.

For the non-academic cadre, 70% ratio will be for state indigenes.

While on admission of students, Gombe State indigenes will be offered 20 percent quota for all intakes.

“In respect of school fees payment, our students are to enjoy up to 50% cost reduction. This is to encourage them partake in this would-be state of the art learning centre,” he added.

“Our sincere and profound gratitude also goes to Malaysian High Commissioner to Nigeria, the President and Management of Lincoln University for seeing this PPP coming to reality,” he said.

He said the University will start with medical science courses because of the irrefutable fact that health is wealth, expressing the hope that the citizens of Gombe can take advantage of the opportunity provided to place Nigeria on the global map.

The President of the Lincoln University College of Malaysia said September 2022 has been slated to kick start academic activities, calling for support from all and sundry to actualize the dream.

“I am here not for profit or loss but to seek for your prayers and support. Lincoln University will deliver quality education to bridge the inflow of Nigerian students going to Malaysia and other countries to study,” the President said.

The Deputy Executive Director,  Administration of  the National Universities Commission (NUC) Chris Maiyaki said the commission will support every move to make the take-off of the University a huge success.

The speaker, Gombe State House of Assembly, Abubakar Mohammed Luggerewo assured that the House will support the University with enabling legislation that will guarantee its smooth take-off and eventual operation in the State.

The Nigerian High Commissioner to Malaysia,  Hajara Salim said the signing of the Public Private Partnership to scale up academic activities at the University of Science and Technology Kumo is a clear testament of Governor Muhammadu Inuwa Yahaya’s political sagacity in ensuring lasting and meaningful legacy.

Earlier in his address of welcome, the Gombe State commissioner of Higher Education, Meshack Audu Lauco assured the Malaysian academics of safety and security in Gombe State.

He said the feat for the PPP agreement would not have been possible without the sound leadership qualities of Governor Muhammadu Inuwa Yahaya.

Former Minister of Federal Capital Territory,  FCT,  Dr. Aliyu Modibbo Umar who moved the vote of thanks on behalf of Akko Community,  appreciated Governor Muhammadu Inuwa Yahaya for bringing life to the hitherto abandoned institution,  assuring him of the unflinching support of the people of Akko Local Government Area towards the actualization of the project.

Highlight of the event was conferment of traditional title of Magajin Birnin Akko on the President of Lincoln University College of Malaysia, Professor Amiya Bhaumik by the Emir of Akko,  His Royal Highness, Muhammad Umar Atiku