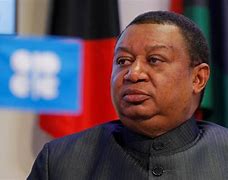 The immediate past OPEC Secretary General and Chief Coordinator of the OPEC+, Mohammad Sanusi Barkindo, left Vienna this evening for Iraq where he would hold bilateral meetings with the govt on current energy challenges.

Barkindo, who  arrives the State Capital, Baghdad today Thursday, will be received at the airport by top govt officials.

The OPEC ex-Chief Scribe, expected to spend a few days in Baghdad,   will meet the Country’s Prime Minister, HE Mustafa Kadimi, Oil Minister, lhsan Abduljaber Ismaeel, among other top officials.

Baghdad is the birthplace of OPEC and a cradle of human civilisation. The Country is an influential member of both OPEC and the OPEC +.

Barkindo, the Wali of Adamawa , an advocate of international tourism as instrument of cooperation and diplomacy, will visit tourist attractions in Babylon and the birthplace of Prophet Abraham in the City of Urrr.

It will be recalled Organisation of Petroleum Exporting Countries, OPEC, has  appointed a new Secretary-General, bringing an end to Nigeria’s Mohammed Sanusi Barkindo’s five-year role at the oil cartel.

Former Kuwait’s OPEC Governor, Haitham al-Ghais, has a letter from OPEC appointing him in place of Barkindo, who came into office in August 2016.

The Nigerian said he believes the global oil market is in very capable hands with the appointment.

Prior to serving as scribe, Barkindo served in acting capacity in 2006, having represented Nigeria on OPEC’s Economic Commission Board from 1993 to 2008.

“From my time working collaboratively with you as Kuwait’s OPEC Governor, I know you have a great understanding of the organs and internal workings of the organisation,” he noted in his letter.

The ex-scribe had played key roles in the last two years as OPEC pushed through the downturn of the oil and gas sector, thereby helping to rebalance oil price from a negative state to the current price of about $78 per barrel.

He equally warned that compelling Africa to join the race towards net-zero could be unfair, noting that the continent requires an independent plan in moving towards sustainable energy sources.