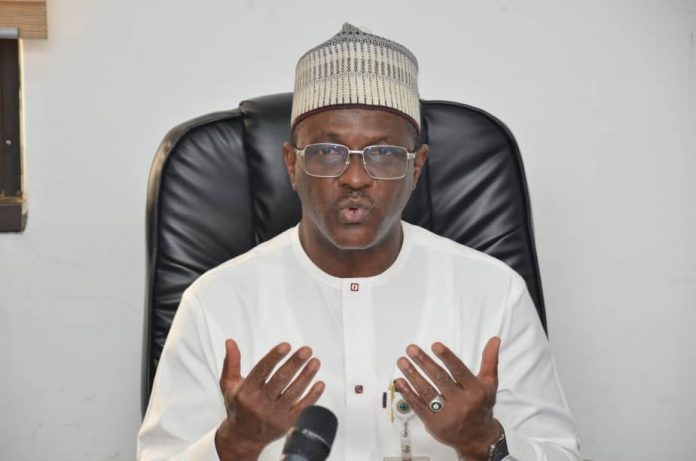 Unlike previous struggles between Nigeria and the fuel subsidy conundrum, this time, it is a fight to finish. No ambiguity. No fence to sit on.

It has taken Nigeria several decades and deadly battles to arrive at this decisive moment over the subsidy issue. In the past, every time a Nigerian political leadership, whether military or civilian, attempted to exorcise this economic drainpipe called fuel subsidy from our economics, the political leadership had always ended up retreating, sheepishly with its tail between its legs, meekly succumbing to some kind of face-saving political compromise.

But this time around, there is simply no compromise option.

Thanks, or maybe no thanks, to the successful passage of the Petroleum Industry Act, PIA; by the end of February 2022, it will become illegal for the National Oil Company, NNPC, to subsidise petrol for Nigerians. The debate ends here, actually.

Any discussions beyond the provisions of PIA are mere academics–or a waste of time. Nobody’s opinion, not the NNPC’s GMD’s, not even the President’s matter anymore.

To retain subsidy, its protagonists will have to go back to the National Assembly (NASS) and get both the Senate and the House of Representatives to repeal the PIA. It is that simple, or that impossible.

This brings us to the issue and position of the Nigerian Labour Congress, NLC. How a seasoned organisation like the NLC is unable to grasp the untenability of its position is impossible to comprehend. Indeed one of the greatest wonders of our modern political history is how the NLC completely disappeared throughout the loud and lengthy national debate about the passage of the PIA; only to come awake after the deed was done, making threats that will be neutralised within minutes in any court of law.

This is the fundamental reality we all must come to terms with, regardless of what views we hold concerning the subsidy issue. If the NLC is not grandstanding, and is genuinely interested in ensuring that consumers of petrol continue to buy it at below its market price, the labour leadership ought to have mobilised its members when the debate was raging, and got them to force their representatives to block the passage of the PIA; or at least force the lawmakers to remove the withdrawal of subsidy clause from the Bill before it became the law it is now. For better or for worse, that would have ended this perennial, often disruptive, subsidy struggle in the NLC’s favour. As it turned out, the NLC left the fight until it is too late. There is absolutely nothing the NLC can do now.

The enlightened section of the Nigerian population is no longer swayed by the argument that subsidy is for the benefit of the poor. It is basically for the benefit of those who have a retinue of automobiles, and the more automobiles the greater the subsidy; as well as to those who smuggle it out to our neighbouring countries, and sell it at over 200 per cent its price in Nigeria.

The fallacious argument that petrol subsidy benefits the poor has been punctured by many honest economists at home and abroad. In government,  the Minister of State for Petroleum, Chief Timipre Sylva, a passionate and patriotic pan Nigerian and astute politician, had explained the irrationality of subsidy until his voice went hoarse.

Within the corporate world of oil and gas business in Nigeria, the GMD/CEO of the newly birthed Nigerian National Petroleum Company, NNPC, Ltd, Mele Kyari, has been leading the advocacy for Nigerians to appreciate the enormous weight the NNPC has been shouldering over the years over subsidy, and to see subsidy for what it is; an economic distortion.

In-between turning the fortunes of the NNPC from a 44-year loss-making bad business to a multi-billion naira profit-making venture, Kyari has managed to achieve three erstwhile impossible objectives: Shouldering subsidy burden under a depressed economy; sustaining remittance to the federation account; and reversing an N803bn loss in 2018, to N287bn profit in 2020.

All this while crude oil prices at some point within the last two years had crashed to a historic low of zero dollar per barrel. Now all the variables are coming together to support  Kyari’s doggedness, foresight and irrepressible determination to change the Nigerian Oil and Gas sector in general and the NNPC in particular from a hopeless basket case to a company that is set to compete with the very best in the world. Right from the beginning, Kyari had introduced a business model anchored on three cardinal principles, namely Transparency, Accountability and Performance Excellence, TAPE, The man has walked his talk in all those items. In July, the NNPC published its Audited Financial Statement, AFS, for the first time in 44 years, laying bare the hitherto opaque operations of the NNPC for all to see. His  recurring response to the question of how he has managed to achieve so much so fast has been that  he works under a President who has never interfered with the operations of the NNPC either directly or indirectly.

Now Mele Kyari’s NNPC is set to move the company to the next level post PIA; which is to run a company governed by the Companies and Allied Matters Act (CAMA) that, in his favourite phrase, “Will deliver value to its shareholders, the 200 million Nigerians”. In this big project, he has the 36 state governors, the international business community, a large chunk of the Nigerian elite, and most importantly, the law, all on his side.

That is why the NLC has a herculean, if not an impossible, task before it if it persists in its determination to stop what the law has authorised with respect to fuel subsidy as enshrined in the PIA.

Having allowed itself to be defeated at the most crucial moment, the best and only responsible option available to the NLC now is to take a deep breath, admit its complacency, go back to the drawing board and set up a monitoring mechanism that will track the additional colossal revenue that will accrue to the three tiers of government post subsidy exit.

According to the Minister of Finance, Budget and National Planning, Zainab Ahmed, the money that could be saved and added to the Federation Account is in the region of N250bn a month. This could see the monthly total available to the three tiers for sharing somewhere in the region of N800bn to close to a trillion naira. The erroneous, if not mischievous, attribution of the announcement of fuel subsidy removal to the NNPC GMD is misplaced. The NNPC GMD merely brought to the public domain the stark reality of the provisions of the PIA, which is that by February, subsidising petrol will become illegal. Kyari was not expressing a personal opinion, but restating the position of the law post PIA.

But all is not lost for the NLC, if indeed the welfare and general interests of Nigerians are the NLC’s prime motivation.

What Labour should do now is to divert, or redirect its energy and resources to ensuring that the Nigerian people get maximum value from the huge  savings that would be made from exiting subsidy; rather than engage in populist but unfortunately unrealistic and, under the PIA, illegal confrontation. The only other option, if it can wangle it, is to go back to the NASS, and get the PIA amended to suit its demand. As mentioned earlier, it is that simple.