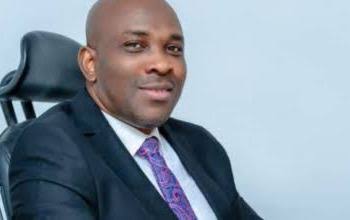 Finance and Business Online Publishers, FiBOP, an Association of online news publishers with a mission to ensure balanced, accurate and timely information dissemination has felicitated with the President and the newly elected executive officers of the Association of Corporate Affairs Managers of Banks, ACAMB.

FiBOP in a congratulatory message to the newly elected President, Rasheed Bolarinwa wished him and his executives success in their new positions and prayed God to give them the wisdom to take the association to greater heights.

FiBOP in statement signed by its President, Charles Onwuatogwu said, “We congratulate you on your newly elected position. It is our hope that your assumption of office will further cement the relationship between both institutions as well as contribute immensely to the growth of the Nigerian banking sector.

“While wishing you the best throughout your tenure, I urge you to forge even closer ties with your numerous stakeholders and build on the legacies of your predecessor.”

ACAMB, the umbrella body for managers and public relations professionals in the Nigerian banking sector was established in 1996 in response to the need to address the negative perception of the industry at that time.