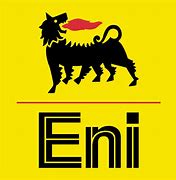 “Eni made this known in its 16th voluntary sustainability report that outlines the company’s contribution and objectives for a just transition, with a view to sharing social and economic results on its path to carbon neutrality by 2050.

“As Eni, we strongly feel the responsibility to contribute to giving access to energy to all, supporting the development of the countries where we are present, and contributing to the achievement of the highest ambitions of the Paris Agreement. This commitment is stronger today, in light of the war in Ukraine, at a historical moment when it is necessary to be even more inclusive and not divisive, seeking the common good and increasing efforts to ensure Europe’s energy security, while accelerating the decarbonisation process”, said Claudio Descalzi, Eni’s Chief Executive Officer.

These messages are addressed in detail in the report, which is completed by the volumes “Eni for 2021 – Carbon neutrality by 2050”, focused on Eni’s strategies and main climate targets, and “Eni for 2021 – Sustainability performance”, which provides an overview of the company’s environmental, social and governance indicators.

“In achieving decarbonisation goals, increasing attention is paid to the concept of “just transition”, namely managing the impact of the energy transformation on people, starting with direct and indirect workers and including communities and customers. The report provides an overview of the projects and initiatives adopted by Eni to ensure a fair transition. These are part of the constant evolution of the company’s business activities, which include the conversion of refineries into biorefineries, forest conservation projects, the development of renewables, and the creation of agri-hubs that will provide feedstock for biorefineries, creating jobs and supporting the development of new activities in the countries of presence”, he added.

Eni according to him has also strengthened its partnerships with international organizations for development cooperation. The main initiatives for the communities carried out in 2021 include activities aimed at improving access to water for the population of Basra, Iraq, thanks to water treatment plants provided by Eni, economic diversification projects in the agricultural sector in Angola, Congo and Nigeria, and projects to support local and youth entrepreneurship in Egypt. Eni’s commitment to promoting education and professional training remains central, as showed by the initiatives in Angola, Egypt, Iraq, Mexico and Mozambique.