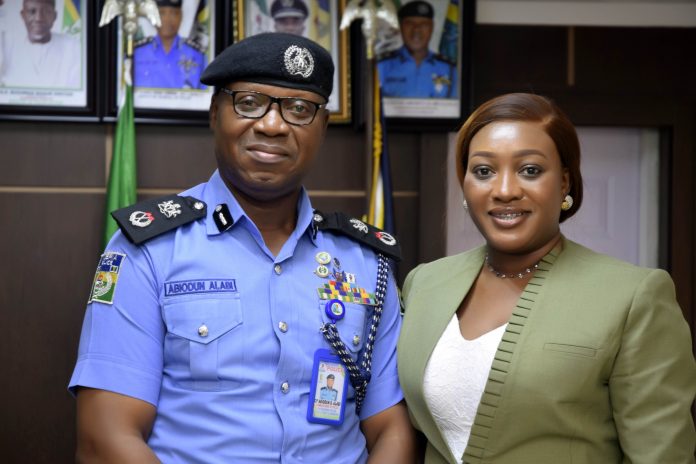 The MD/CEO of Eko Electricity Distribution Company,  Tinuade Sanda, paid courtesy visits to the Assistant Inspector General of Police (Zone 2), Bode Adeyinka Adeleke; and the Commissioner of Police in Lagos, Abiodun Alabi, last week. Accompanied by some members of her Management team, Sanda visited the AIG at the Zone 2 Police Command Headquarters in Lagos Island; and the Commissioner of Police at the Lagos Police Command in GRA Ikeja.

This information was revealed to the press by the EKEDC Corporate Communications General Manager, Godwin Idemudia, who announced the visit as a continuation of the interaction with key stakeholders in the Disco’s network since the appointment of Sanda as the new MD/CEO of the electricity distribution company. Idemudia further disclosed that the MD/CEO commended the AIG and the Commissioner of Police for their efforts in keeping Lagos safe. The EKEDC boss revealed that the visits were also to seek collaboration and more support from the Nigerian Police in curbing the assault of staff and the vandalisations of electrical equipment within the Disco’s franchise area.

The Lagos CP appreciated the MD/CEO for the courtesy visit and assured her of an effective synergy and assistance in protecting the assets of EKEDC. He stated that his team will work the Disco in identifying the areas where these illicit acts are happening to bring the culprits to face the wrath of the law. Similarly, the AIG appreciated the Eko DisCo team, and offered his support to the company. He further inquired for issues yet to be addressed and assured the MD/CEO of prompt action.

Idemudia further appealed to EKEDC customers to assist the Disco and the Nigerian Police in the fight against the series of vandalism within the company’s network.