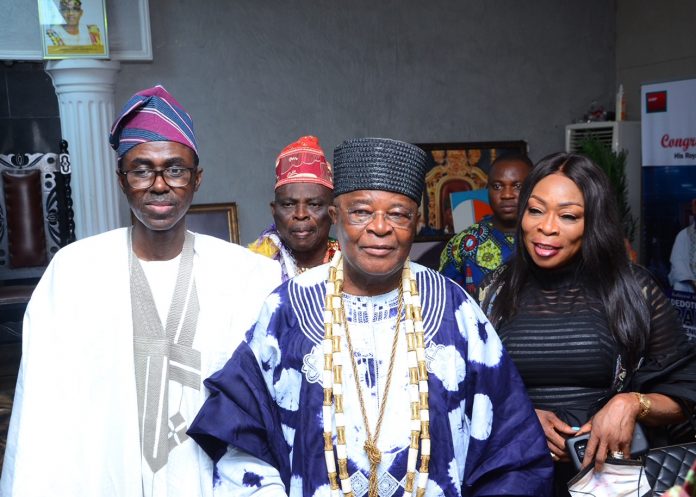 The Nigeria Deposit Insurance Corporation, NDIC, has been consistent in its Corporate Social Responsibility at the grassroots which has impacted positively on the lives of the people and communities it serves.

This formed part of the remarks made by His Royal Majesty the Alake and Paramount ruler of Egbaland, Oba Adedotun Aremu Gbadebo during the Annual Alake of Egbaland Free Medi-Care for Elderly and Lecture to mark the United Nation’s World Senior Citizens Day in Abeokuta, Ogun State.

This was made known in a release by the Director, Communication & Public Affairs Department, NDIC, Bashir Nuhu, which was made available to Energy Frontier.

The event, organised by the Egbaland Humanitarian and Development Council, featured free health screenings and services to the elderly including free medical eye examinations, glasses and eye surgeries.

The Alake expressed appreciation to the Executive Management of the Corporation for honouring his invitation to join in showing compassion and celebrating the contributions of the elderly during the United Nation’s World Senior Citizens Day. He described it as symbolic of the importance the NDIC places on community development at the grassroots and urged the Corporation to continue to partner with local communities to promote its mandate of protecting depositors while at the same time touching the lives of the people.

In his response, the NDIC MD/CE, Bello Hassan stressed the need to consistently assist and uplift the elderly not only in recognition of their contribution and years of service to the nation but also as role models and mentors to the younger generation. The NDIC Executive Director Corporate Services, Omolola Abiola-Edewor who was conferred with the award of “Humanitarian Ambassador” by the Egbaland Humanitarian and Development Council said that as a serving chief and daughter of the soil, the initiative is close to her heart as it aligns with her passion for humanitarian causes.

She described the initiative as a veritable platform to give back to the elderly who have sacrificed and contributed so much to community service and investment in the younger ones.

The Alake of Egbaland Free Medi-Care for Elderly and Lecture also featured a keynote lecture titled “National Effective Pension System and Establishment of Senior Citizens Centres at State Level” which was delivered by  Tunde Adegbola. Other eminent personalities present at the event include Olori Tokunbo Gbadebo, the representatives of the Ekiti State Governor and Lagos State Governors, the Ogun State INEC Commissioner and prominent Egba High Chiefs.

How To Access First Bank N1 million loan facilities through its 86,300 Firstmonie agents

Standard Chartered to Shutdown 50% of its Nigerian Branches