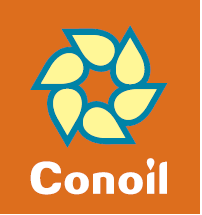 Shareholders of Conoil Plc are to receive a dividend of N1.04 billion for the year ended December 31, 2020. The dividend, which translates to 150 kobo per share was recommended following the release of the audited results of the petroleum products marketing firm.

Already, the company has started 2021 on a positive note, posting an increase of 62.8 per cent in PBT and PAT for the first quarter, Q1, ended March 31, 2021. Market analysts said this is an indication of higher returns for shareholders at the end of the year if the performance is sustained in the remaining quarters.

Specifically, Conoil posted a revenue of N33.091 billion in 2021, compared with N38.144 billion recorded in the corresponding period of 2020.The firm reduced its distribution cost from N538 million to N436 million, while administrative expenses declined from N1.628 billion to N1.285 billion.

The Chairman of Conoil Plc, Mike Adenuga (Jr.) had promised the shareholders of better execution of value-added products and services especially in the areas of marketing and growing the bottom-line.

According to Adenuga, the company had set an ambitious growth strategy for the next five years, driven by innovation and market penetration.

He assured the shareholders that the company would consolidate on its achievements to deliver a strong and sustainable performance that enhance juicy returns on their investment. He said the company had strategically positioned its business to take advantage of emerging opportunities in the downstream oil sector.