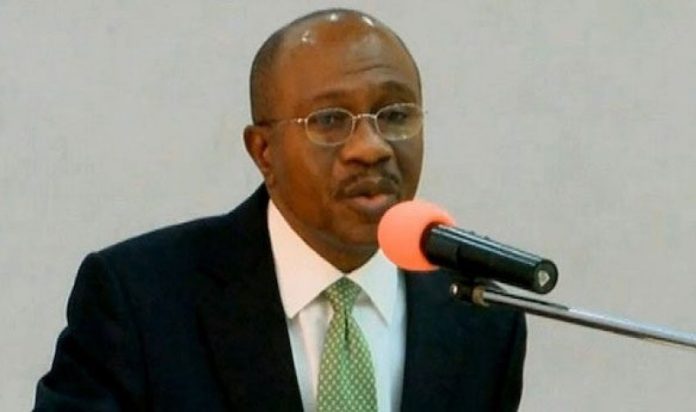 The Governor of the Central Bank of Nigeria, CBN, Governor Godwin  Emefiele in his Press briefing yesterday shortly after the Bankers’ Committee Meeting in Abuja, stated that the lessons learnt from our rounds of consultation with non-oil exporters, shows that a more formal, predetermined and regular forum will be necessary to discuss the issues, challenges and opportunities in this segment of the economy. According to him, that is why today we are announcing the introduction of a Biannual Non-Oil Export Summit, the first of which would be organized during the first week of April 2022.

CBN Governor further noted that this Summit will bring together all the relevant stakeholders in the export business including bankers, customs officials, the Nigerian Ports Authority, the Nigerian Export Promotion Council, clearing agents, cargo airlines, shipping lines, logistics companies, insurance practitioners, etc. This gathering will be one where for every complain, problem, issue, challenge or difficulty that is presented or identified, there will be one or several agencies or practitioners that can articulate options for solving that problem. I believe that the ideas harnessed from such summits would be invaluable in helping us reach our ultimate goal of US$200 billion in non-oil exports per annum.

Emefiele disclosed the second Facility we announced is the Non-Oil Commodities Expansion Facility. This facility will also be a concessionary facility designed to significantly boost local production of exportable commodities. This facility will be designed to ensure that expanded and new factories that are financed by the Value-Adding Facility are not starved of inputs of raw commodities in their production cycle. A massive boost in the production of such commodities will also help dampen/moderate the prices of these commodities so that the expected increase in demand for them does not become a pressure point for aggregate prices in the market.

“In order to maximize the potentials and impact of this facility, we would replicate what other successful export-based economies have done by first prioritizing and targeting certain commodities. We would create a geographic prioritization of crops across the country to achieve production efficiencies through the development of special areas that will cater to specific commodities. Since sustainable foreign exchange earnings are dependent on national competitive advantage, a prioritization framework based on crops which Nigeria is best suited to produce will be essential.

“Today, we are also announcing the introduction of the Non-Oil FX Rebate Scheme, a special local currency rebate scheme for non-oil exporters of semi-finished and finished produce who show verifiable evidence of exports proceeds repatriation sold directly into the I & E window to boost liquidity in the market.  He revealed through analogous to the Naira4Dollar Scheme, which has helped boost remittances from only $6 million per week to over $100 million per week, we shall establish the modalities for granting a rebate for each dollar that non-oil exports proceeds that an exporter sells into the market, for the benefit of other FX users and not for funding its own operations.  He further noted that although this rebate programe is with immediate effect, the detailed guideline of this scheme will be communicated next week.  Our plan is to graduate the percentage of the rebate depending on the level of value addition into the product being exported”, he added.

“In order to avoid these sudden adjustments to our economic life, we need to focus on strategies that can help us earn more stable and sustainable inflows of foreign exchange. According to him we would need to follow the best practices of other countries and ensure that we protect ourselves a little bit from factors that are beyond our immediate control.

In his words: After careful consideration of the available options and wide consultation with the Banking Community, the CBN is, effective immediately, announcing the Bankers’ Committee “RT200 FX Programme”, which stands for the “Race to US$200 billion in FX Repatriation”. The RT200 FX Programme is a set of policies, plans and programmes for non-oil exports that will enable us attain our lofty yet attainable goal of US$200 billion in FX repatriation, exclusively from non-oil exports, over the next 3-5 years, he stressed.

Each of these anchors, Emefiele said the Value-Adding Export Facility will provide concessionary and long-term funding for businesspeople who are interested in expanding existing plants or building brand new ones for the sole purpose of adding significant value to our non-oil commodities before exporting same.

This is important because the export of primary unprocessed commodities does not yield much in foreign exchange. In Nigeria today, we produce about 770,000 metric tonnes of Sesame, Cashew and Cocoa. Of this number, about 12,000 metric tonnes are consumed locally and 758,000 metric tonnes are exported. The unfortunate thing though is that out of the 758,000 metric tonnes that is exported annually, only 16.8 percent is processed. The rest are exported as raw sesame, raw cashew, and raw cocoa, thereby giving Nigerian farmers an infinitesimal part of the value chain in these products. For example, the global chocolate industry is valued at about US$130 billion. Of this amount, Cote D’Ivoire, Ghana and Nigeria account for more than 72 percent of global cocoa exports.

“Yet, because we mainly export raw cocoa beans, Cote D’Ivoire gets US$3.6 billion annually, Ghana generates US$1.9 billion annually and Nigeria gets about US$804 million per year from an industry that is worth over US$130 billion. In contrast to West African countries, Belgium accounted for 11 percent of global chocolate exports in 2019, at a value of US$3.16 billion. Similarly, Germany’s chocolate exports were worth US$5.14 billion in the same year. These numbers are the same for other commodities as well.

Therefore, he noted that given these alarming disparities between exporters of raw commodities and exporters of semi-finished or finished products, we believe that the Value-Adding Export Facility is a first step to getting back some of these foreign exchanges that we rightly deserve. Indeed, we expect that this facility will also accommodate the demand of our youth population who are already adding value in using e-commerce and online methods for the provision and export of software, financial services, financial technology, Nigerian fashion and attires, and the likes. As long as these exports are captured with Form NXP and the FX proceeds are repatriated and verifiable, we will accommodate such businesses under this facility.

Emefiele opened up saying in recognition of the perennial problems of port congestion cited by exporters as a major impediment to improved operations and foreign exchange earnings, we have designed a third anchor of the RT200 Programme, which is the construction/establishment of a Dedicated Non-Oil Export Terminal. According to the African Centre for Supply Chain Practitioners, Nigeria loses about US$14.2 billion annually due to congestion at our ports. He cited paraphrasing from an article by the Financial Times in December 2020, the congestion has become so bad that while it costs US$3,500 to ship a 40-feet container from China to Lagos, which is a distance of 22,000 kilometers, it costs US$4,000 to move the same container from the port to mainland Lagos, a distance of only 12 kilometres. According to him during our stakeholder engagements with various segments of exporters, we heard several heartbreaking accounts of how containers spent several months in the ports just waiting to be shipped, resulting in loss of perishable goods or well-established foreign customers.

“If we are to reach our goal of US$200 billion in non-oil exports, then we can neither ignore nor wish away this problem. We must confront it head-on and provide a solution. That is why we are today throwing a challenge to all State Governments that have existing ports and are willing to partner with the Bankers Committee to establish not only a dedicated export terminal but also the entire ecosystem of world-class infrastructure needed for non-oil exports. Over the next three months, the Bankers Committee will be collecting and analyzing detailed proposals from interested State Governments in order to decide which one we can partner with. The Bankers Committee will be arranging a significant part of the financing that will be needed for this port while the selected State Government will have responsibilities that will be spelt out in due course.

“We believe that this dedicated port will be capable of creating over 100,000 direct and indirect jobs and would provide a huge boost to our quest for significant improvement in non-oil export earnings in Nigeria. Let me emphasize that under this arrangement, loans to companies wishing to expand or build new plants that will generate verifiable export proceeds for the economy shall remain at 5 percent per annum for 10 years loans inclusive of 2 years moratorium.

CBN Governor maintained that the RT200 Programme is not intended to be a silver bullet to all our problems in the export segment of the economy. Rather it is a first step meant to ensure that the CBN is better able to carry out its mandate in an effective and efficient manner, which guarantees preservation of our scarce commonwealth, and the stability of our national currency, the Naira. It is only by boosting productive and earning capacity of this economy that we can truly preserve the long-term value of our currency, as well as the stability of our exchange rate”, he stressed