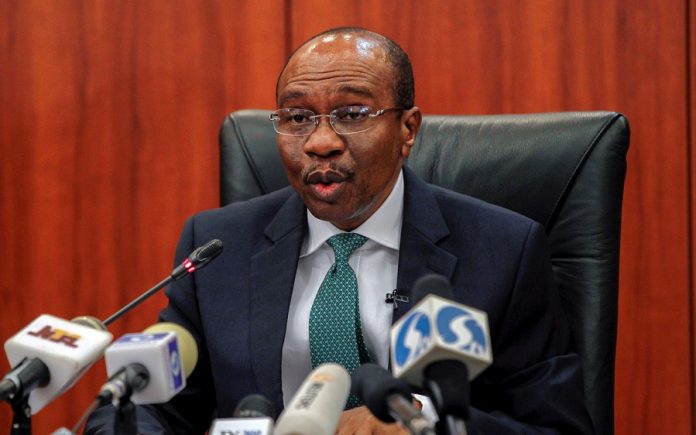 As part of a market intervention strategy to firm up the Naira, the Central Bank of Nigeria, CBN, is considering to stop selling dollars and other foreign currencies to banks.

The Governor of the Apex Bank, Godwin Emefiele, gave the indication after the Bankers committee session on Thursday, Also, following a planned and strategic policies design by the monetary authority, CBN plans to rake in $200 billion a year from non-oil exports over the next three to five years.

“After careful consideration…, the (Central Bank of Nigeria) is…announcing the bankers’ committee RT200 FX program, which stands for the race to $200 billion in FX repatriation into Nigeria,” Emefiele told reporters in Abuja.

He said the central bank will support exporters that already have production plants in Nigeria to scale up, by providing soft loans, and that commercial banks will need to start generating.

Emefiele said CBN will stop commercial banks from sourcing dollars for imports from its reserves in 2022. A similar ban placed on bureau de change (BDC) in July 2021 caused the local currency to tumble to record lows on the black market.

“I’m mindful that this goal of generating $200 billion inflow may appear unattainable to some, but we can achieve it,” stated the governor.

He stressed that this is a first step meant to ensure that the CBN is better able to carry out its mandate in an effective and efficient manner, which guarantees the preservation of scarce commonwealth and the stability of the Naira.

“It is only by boosting productivity and earning capacity of this economy that we can truly preserve the long-term value of our currency as well as the stability of our exchange rate,” he said