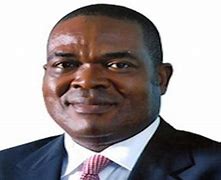 The content of the press briefing of the Bankers’ Committee  held by the chief executive of the Central Bank of Nigeria on 10 February 2022 at the headquarters of the apex bank in Abuja, meant different things to various actors and stakeholders in the Nigerian financial system in particular and the entire economy as a whole. Specifically, the announcement of the introduction of the “Race to US$200 Billion in FX Repatriation” (code named: “RT200 FX Programme”), was a shocker to many bankers; a revolutionary policy initiative to players in the non-oil export sector and a trump card of sorts for effective diversification of the economy to not a few discerning economic analysts.

The “RT200 FX Programme”, according to the CBN Governor, Godwin Emefiele, “is a set of policies, plans and programmes for non-oil exports that will enable us to attain our lofty yet attainable goal of US$200 billion in FX repatriation exclusively from non-oil exports, over the next 3-5 years.” Among the objectives of the new initiative, Emefiele said, is making Deposit Money Banks (DMBs) self-sustaining in FX operation “as it was in the 1960s and 1970s when banks did not depend on the CBN to fund their FX businesses”, stressing that “before the end of the year, banks should be able to generate enough FX to meet the demand of their customers.”

Said he: “before or about the end of this year, we will tell them don’t come to the CBN for dollars again. Go and generate your import funds by funding people who want to generate export proceeds. When the export proceeds come, we will fund them at five per cent. When those proceeds come, banks can sell to their customers that want millions of dollars. But to say they will continue to come to the CBN for dollars, we will stop that. We will stop it,” he reiterated, stressing that relying on capital importation or oil earnings to fund importation was unsustainable.

This position of the apex bank’s boss, is, in all respects valid; yet, it is also germane to ask whether the entire press briefing package was a formal introduction of ‘export-led economic growth and development’ strategy by the Muhammadu Buhari Administration? Or, is this unusual ‘Bankers’ Committee Press Briefing’ just another of the now numerous ‘interventions’ by the apex bank in almost all sectors of the Nigerian economy? If this new non-oil export drive initiative is a plank of the Federal Government’s new-fangled economic blueprint, the CBN Governor did not say so in the ‘special press briefing’ document. As of today, the sitting Government’s development efforts can be said to be resting on three pillars: the Nigerian Economic Sustainability Plan, NESP, Nigeria’s National Development Plan (2021-2025, which is the supposed successor to the Economic Recovery and Growth Plan that elapsed in 2020), and the annual Federal Government budget.

Howbeit, the bigger concern of stakeholders is the wish to “return to the 1960s and 1970s when banks did not depend on the CBN to fund their FX businesses” by year-end 2022 (that is, in ten months’ time!). For one, the otherwise good intention of the CBN and its allies seems largely insensitive to the fundamentals of the Nigerian economy which are markedly different from what existed in the 1960s and 1970s. Has the apex bank come up with sufficient package of incentives (including reorientation programmes) to wean Nigerians, young and old, off the ‘Petro-dollar mind-set and mentality’ which is largely antithetical to serious productive engagements outside the rentier economy that Nigeria has been in the past five decades?

Yes, value addition to local raw materials for export is a great idea. But it strictly entails setting up of factories and raw materials-processing structures; and infrastructures for such activities today in Nigeria are either non-existent, scanty or in decrepit state, where they exist. Is the challenge of very poor power supply (being) addressed seriously? What of roads and water? Has the fuel subsidy imbroglio been properly addressed? Unfortunately, the subsidy issue has become such a conundrum that whether it is removed or not, the economy must suffer unfathomable negative consequences. Its removal will, for sure, elicit the wrath and rejection by Organized Labour and the allies—probably leading to social upheavals. The inflationary impact of such a measure that will percolate every facet of life and livelihood in the country is better imagined. Retaining the fuel subsidy, as the Federal Government seems to have been forced to accept, sustains the dangerously opaque subsidy process that keeps gulping trillions of Nigeria’s hard earned public funds.

Already, the crisis is raging: the Federal Government is fast rushing to the National Assembly with a ‘supplementary budget’ of about N2.5 trillion for fuel subsidy alone in the second half of the year. The Nigerian National Petroleum Company, NNPC Limited is even said to be asking that a humongous sum of N3 trillion be set aside for fuel subsidy. To this will be added President Buhari’s almost outright rejection of the entire 2022 Budget which he accused the National Assembly of “too many subtractions and additions” to his original Appropriation Bill. Indeed, the 2022 Federal Government budget which is a key pillar for the country’s economic management is like an ‘abandoned project’—neither acceptable to the Executive and originator (the Federal Government) nor to the Legislature—the ‘oversighting authority’.

Beyond all these, it is a cause for wonder that the Press briefing by the apex bank said nothing about the existential threat that the country is facing. Insecurity in the land is unprecedented, to say the least. So, where and how will this boom in non-oil items’ production/and or processing be going on in the Nigeria of today? Is security of life and property still guaranteed? Where is the much-bandied enabling environment, for persons and businesses to thrive?

In reality, not minding that the special Press briefing is said to be by the Bankers’ Committee, which is composed largely of banks’ chief executives, the proposals in the document present the banks and bankers with a frightening uncharted path to tread. The decade of the ‘70s was the period when “money was not Nigeria’s problem, but how to spend it”. On the contrary, these are times when there is so much to do, but resources are in acute short supply. And this accounts in part for why the Government is endlessly going around, cap in hand, borrowing money from virtually all parts of the globe, even as the economy is already in a debt trap. Known brands and businesses that blossomed in the ‘70s and ’80s have all practically folded up or fled the ‘scorching’ Nigerian climate. The Deposit Money Banks, DMBs, have been part and parcel of the rentier economy over the years, and played their ‘transmission mechanism’ role in tune with policies and programmes of successive governments.

Now, in a ‘new world’ as is being created, the DMBs are to ‘create and make’ their customers (exporters of non-oil items) and literally live ‘on them’. Given the Nigerian environment of today (social, economic and political), how many people are willing and ready to do what it takes to produce those non-oil exports and repatriate the proceeds? Where is the enabling environment that would make such export items competitive out there? Have the agencies for quality assessment and assurance and export facilitation in Nigeria become ‘born again’ overnight, to truly and effectively drive significant improvement in non-oil exports? The ‘gate keepers’ in the export value chain have been part of the challenges over the years. They have indeed been stumbling blocks in export processes.

All said, however, the apex bank boss and his allies should be given the encouragement and support they deserve, ‘for trying something new’. After all, in his words, the new policy is not intended to be a “silver bullet” for all the problems of the export segment of the Nigerian economy. If anything, however, it is still proof of a character trait of an economy that is still largely run in ‘silos’.