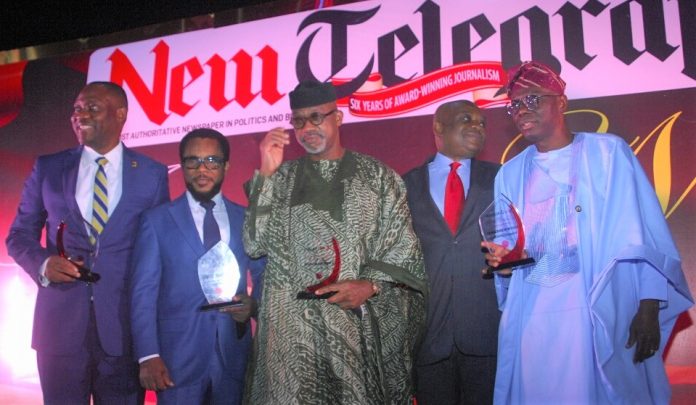 The organisers said Kuru was selected from a large poll of public servants that are heading different Ministries, Departments and Agencies, MDAs, of the government across Nigeria because of his commitment, dedication, uprightness, and patriotic zeal that he has gone about the recovery drive from AMCON obligors who owe Nigeria a current outstanding debt of over N4.4trillion.

New Telegraph Newspapers said Kuru and some other notable Nigerians were given the award in keeping with its commitment to rewarding individuals and businesses in Nigeria that have distinguished themselves by their remarkable contributions to the development of the country in both the public and private spaces in Nigeria.

The Newspaper said it decided to organise the annual awards in the firm belief that such reward system has the twin effect of galvanizing and inspiring awardees towards greater excellence, while also helping to incentivize others to aspire to such distinction.

The awards which, was received on behalf of the AMCON MD/CEO by the  Head, Corporate Communications Department of the Corporation, Jude Nwauzor, at the weekend in Lagos.

The rest include Governor, Samuel Ortom of Benue State; Ogun State Governor, Dapo Abiodun, Governor of Ekiti State and Chairman of the Nigerian Governors Forum, Kayode Fayemi, and the Kogi State Governor, Yahaya Bello, and a host of others.